12 Contract Clauses You Need to Include in Your Freelance Contract

Freelancing without a contract is a lot like swimming in the ocean without a chainmail wetsuit or a boat nearby. You might be just fine. You might swim happily along to your destination without a scratch, (or you might get absolutely gobbled up by a giant, swimming carnivore).

Let’s dry off and talk about those clauses, shall we?

Now, a “clause” is simply a provision of an agreement that addresses a specific aspect of the contract. So, it’s a portion/section/topic that is addressed individually in order to clarify terms between parties. There are a handful of universal basics included in freelance contracts, but there are a few not-so-obvious ones that we want to address as well.

1. The Good, the Boring, the Basic

The whole point of a freelance contract is to be as clear as possible. Confusion is not the goal.

This is why it’s important to include some very basic and crucial specifics, like the names of all involved parties, their contact information, and the way they’ll be referred to throughout the contract. Whether it’s “Client and Designer” or “Company and Contractor,” you need to establish who is involved, how they can be reached, and what they’re titles are.

This contract clause should also include the designation of “points of contact.” Basically, who should be talking to who, who can give approval on work, and who should be contacted for billing.

When it comes to payment portion of your freelance contract, it’s best to get it out of the way quickly and clearly. This contract clause should be explicit and thorough. You’ll want to plainly state a few things:
Your rates.
The estimated amount of work, how it relates to your rates, and the corresponding payment estimate.
The payment schedule. Will the client be paying you any money up-front? Will there be payment milestones, if the project is large enough?
Your invoicing schedule. When will you be sending invoices, and through which method?
Payment method. How will the client be paying you? Credit card? Check? Paypal?

You want to get paid quickly, smoothly, and without stressing over it for weeks in a sweaty, impending-electric-bill-induced anxiety fever, right?

This point’s an interesting one. Sure, you know you need to outline your work deadlines in your contract terms, but did you know that it’s a good idea to impose deadlines on your clients, as well?

Let your clients know that, in order for you to do the best work possible, they need to uphold certain responsibilities. These responsibilities include providing you with any requested materials or details, providing feedback on in-progress work, and doing these things in a timely fashion. No freelancer wants to watch a project stall for two weeks because a client can’t choose between two different shades of orange.

Scope creep is real, it sounds kind of like scary business-person-jargon, and it can severely bite you in the ass if you don’t squash it from the get-go. This is when the “scope” (all of the work that must be done within a project) begins to slowly creep up while the pay stays the same. This results in you doing a bunch of work you’re not getting paid for.

Including a contract clause focusing on scope of work will help you avoid this terrifying phenomenon. How much work will be done? What is the maximum number of hours to be spent on the project? How many revisions will be included in the price?

When it comes to the scope of your work, you’ve got to be explicit, detailed, and prepared to...
Click To Tweet

While you should mention revisions in the scope portion of your freelance contract, it should really have its own clause. If not treated with specificity, revisions can go from a “gray area” to a “swirling storm of rage-filled red” very quickly.

How many revisions are allowed in the scope of your project? If the client wants more revisions than previously noted, how will you approach that and how much will you charge?

6. Fees and taxes and expenses, oh my!

A thorough freelance contract should leave as few stones unturned as possible, so don’t forget about this important contract clause.

It’s not fun to think about, but early termination of a project is always possible, and you don’t want to be left without a plan. Regardless of reason, you need to provide both parties a safe way out of the agreement. Be sure to include:

Sometimes, a client refuses to pay. Sometimes a client is unsatisfied with work that’s already been paid for. There are a lot of “sometimes” scenarios in freelancing that can end up with you in court. If this is the case, you’ll want the legal proceedings to happen in your jurisdiction in order to avoid travel expenses and loss of work time.

Include specifics on jurisdiction and lawyer fees in this contract clause. This is one of those times where it would be helpful to hire a lawyer, just to make sure you’re aware of the legal details of your profession and region.

This one’s quick, but important: You need a clause explicitly stating that you are an independent contractor, and that your client does not have exclusive right to you and your ability to work. You are not an employee of anyone but yourself, and work the hours you choose and for whomever you wish.

Once the project is complete, who owns the completed work? If the client owns the work, will you allow your name to be attached to it? And if so, what are the guidelines surrounding the use of your name?

If you own the work, you need to give specific instruction regarding the client’s use of it.

In a similar vein, this clause can address the ownership of files or images provided to you by the client. If the client provides you with files they happened to obtain without permission, you need a contract clause that protects you from any ramifications.

A finished product is exciting, especially if you’re proud of it. You’ve got to make sure, though, that you include a contract clause about portfolio use and promotion in your freelance contract. If you want to promote a project that belongs to a client, you must first have their permission to do so, and including that clearly in your contract is a great way to do it.

At the very least, you’ll want to get permission to use the finished work in your portfolio, so that you can display your rad talents to future clients.

Another way to avoid the dreaded scope creep trap is to include a clause for scope negotiation. If it becomes clear that the project will need more work than originally agreed upon, this clause will make it known that you will be renegotiating the scope, rather than just doing the extra work for free.

Losing money because of a contract feels a lot like being eaten by sharks.

(I mean, I can only imagine, but still.)

One of the best pieces of advice I’ve heard is to keep changing your contract. If you realize halfway through a project that you missed an important contract clause, go straight to whatever document your contract is in and add it for the next time around.

Each freelancer is different, employing different methods and processes, creating different products, and providing different services. This means that, in addition to these 12 contract clauses, there might be field-specific clauses that you’ll need to include. Take the time to research your industry and its eccentricities so that you can create your ultimate freelance contract. 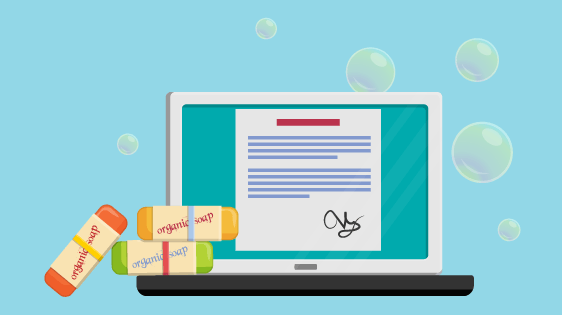 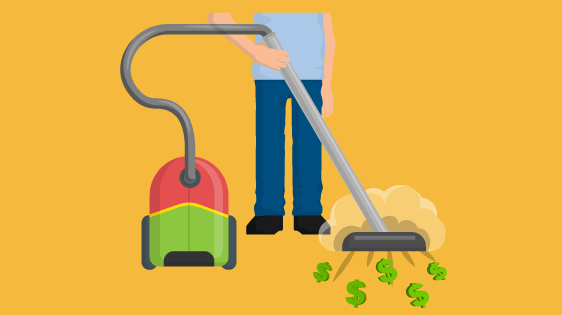 12 Contract Clauses You Need to Include in Your Freelance Contract

Freelancing without a contract is a lot like swimming in the ocean without a chainmail wetsuit or a boat nearby....