If someone were to turn your freelance career into a movie, which genre would it be? When you encounter an awkward situation like an outstanding invoice, would you treat it like an early 90s action flick? Blazing guns, exploding helicopters, acid-washed jeans?

Or perhaps a classic romantic comedy? Go in with an open heart and honest intentions and that unpaid invoice will get all worked out in the end… right?

If you ask me, the best way to approach an awkward payment situation is with the caution and bravery of one of those quirky indie self-discovery films. You want to put thought into it, always keep the human element in mind, and come out of it knowing you’ve done what’s best for you.

Too many outstanding invoices can turn into a low-budget flop.

We know you’re a good person. We know you do good work, and we know you can’t sustain a successful freelance business if you don’t get paid. We also know it’s infuriating to get advice for preparation when you’re already wading through a stack of outstanding invoices. What we’re going to do is start out by tackling “what you need to do now” and leave the “what you should do next time” for the second half.

Wait a few days before you turn into Schwarzenegger.

So, here you are with a finished project and nothing to show for it. The client hasn’t paid you yet, and the due date is a few days old. As a freelancer, “a few days” can translate to “not making that student loan payment on time” or “another week of ramen for dinner,” so it’s completely understandable if you’re starting to get stressed out.

This is where the “indie flick” vs. “action blockbuster” comes in. This is an early stage of the “outstanding invoice chasing process,” and the delayed payment may come with a logical explanation. Remember the human element of your client relationship, and try to give them the benefit of the doubt. Can you imagine swooping in with an aggressive email full of collection threats and angry phrasing, when it was simply a bookkeeping oversight that kept you from getting paid?

Your ultimate goal is to get paid and preserve your relationship with a client.
Click To Tweet

Don’t start out with guns blazing.

Once you’ve reached 4-7 days past the due date, it’s time to start putting some gentle pressure on the client. Again, you’re still giving the client the benefit of the doubt and attempting to preserve your relationship, so you’re best off starting with a friendly payment reminder:

“Hi there, Client! I haven’t received payment yet for this job, and the due date passed last week. I’ve attached the invoice again, just in case you need it. Please let me know if you’ve got questions!”

Give ‘em one more chance, then make the call.

Depending on the urgency of the payment, I’d suggest sending one more email and invoice for good measure… kind of like adding a few more scenes of character work in your poignant think-piece. You want it to be clear that you’ve done your best to keep things civil and friendly.

There’s a pretty good chance, though, that once you’re at the “second reminder email” point, you’re going to have to get on the phone. By calling the client, you’ll not only show them that you mean business, but you’ll be getting across the message that you’re not just going to fizzle away.

Make no mistake, this will be an awkward phone call. You know that first phone call? The one where the underdog romantic lead dials, hangs up, dials, hangs up, and finally dials again? It’s probably still going to be more uncomfortable than that.

Stick with the format of your first reminder email, however, to keep the awkward to a more harmless romantic comedy level, but stay firm. Often the embarrassment and surprise of a phone call will put a client on the spot, and force them to get honest with you.

If that doesn’t work, you can charge in and charge interest.

If you started this agreement with a contract that pre-warned the client of late-payment interest charges, now’s the time to send an invoice for the interest. This is the part of that eccentric self-discovery film where the protagonist dusts himself off and stands up for what’s right.

If this particular project calls for more work, this is when you stop. If a client’s not going to pay you, you have no obligation to provide them with any more work until they do.

Time for a “prologue.”

Once you get to the final scenes of this unpaid invoice movie, you have to backtrack to the beginning and ask a very important question:

Did you start with a contract?

The problem is, if you didn’t start with a contract, you’re not going to have much luck with the ending stages of the outstanding invoice process. Once you get to this point, it’s time to seek legal representation, so long as the unpaid invoice amount makes the process worth it.

If you didn’t get a contract signed, there’s still a good chance that friendly payment reminders might work for you, but if you need to start enforcing anything in a legal capacity, your chances of success go down significantly.

We’ve put it off for long enough… this is the “should have” part.

Do you ever get mostly through a movie and think, “Ah, jeeze! If they’d only done this they wouldn’t have any of these problems?”

In your freelance film, “this” is a contract.

Starting out with a contract might seem like a pain, but it will be far less painful than losing out on your hard-earned pay.

A lawyer is best, but a template is better than nothing.

If you can afford it, paying a lawyer to draw up contracts specific to you and your business is the ideal situation. Every freelancer has his or her own method of service packaging, invoicing, and product creation, so having a contract to accurately reflect your business’ nuances will better protect you if a legal need arises.

That being said, if you can’t afford a lawyer, then a contract template is a fantastic option. Freelancer’s Union offers a contract creator that will help you protect yourself.

A few things to remember:

If you’re creating your own contract, be sure to set yourself up for payment success. Remember when I mentioned interest payments earlier? This is the part where you forewarn your client that late payments can result in interest.

You’ll also want to clearly outline your termination process. If either party wants to terminate the contract, what are the terms? How much gets paid? What happens to the work completed thus far? Questions like this are important, and are good reasons to at least talk to a lawyer before you start sending out your contracts.

Shoot for a realistically happy ending.

If this were a freelance rom-com, everyone would be deliriously happy and incredibly rich, right? Now, that sounds awesome, but it doesn’t sound terribly realistic. Chances are, you’re probably going to have a few outstanding invoices result in perfectly fine, long-lasting contracts… and you’re probably going to have a few of them result in hard feelings and early terminations. That’s just life, right? The answer almost always lies somewhere in the middle, which is why you should at least be prepared.

Remember this: When it comes to chasing an outstanding invoice, an exploding helicopter probably sounds pretty awesome. When you’re freelancing, though? You’re going to be the one who has to end up paying for that helicopter, so make sure you save it for the final act. 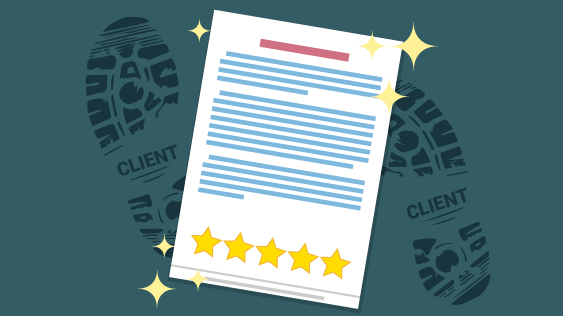 A Freelancer’s Guide to Writing a Better Project Proposal 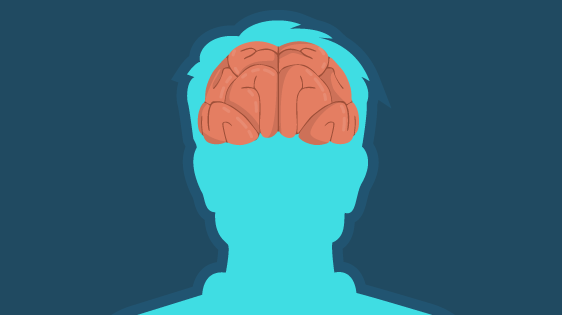 How to Make a Portfolio that Clients Crave

If someone were to turn your freelance career into a movie, which genre would it be? When you encounter an...