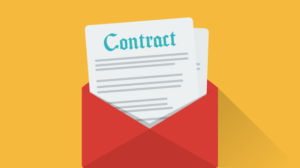 The Two Freelance Contracts Everybody Needs

We can talk business here, right? Right! So, in business, there’s always an exchange. A good or service that has some perceived value placed up on it, which is then paid or agreed-to by the party picking up said good or service. Simple.

Typically, when purchasing a product, you don’t usually need to sign anything, other than a charge slip or an terms of service agreement. For a service, there’s an understanding and agreement between the provider and the purchaser… provided we’re talking about a small amount of value in exchange for goods/services rendered.

There comes a point where the value of a good or service needs to be respected and people on both ends of the exchange need to be held accountable. That’s when agreements start coming into play.

I’ve been burned a couple of times and heard several more stories of business deals gone-wrong, it’s not a position anyone wants to be in. So, naturally we protect ourselves with with agreements aka contracts.

I run a Los Angeles WordPress Development Agency, called DigiSavvy. For a number of years we used another service called Contractual.y to help us manage and digitally sign our agreements. For a while it didn’t work so well and almost cost me an 12k deal!!! But, as there wasn’t another alternative I wished to move to, I stuck things out with Contractual.y and sent pdf copies of agreements for physical signature. Yeah, that sure sucked…

Inevitably, as a business owner, you’re going to have to contract somebody. I’m no different. I was burned once by a sub-contractor who hired to take some photographs for a client project. Verbally, we’d agreed to payment terms and schedule. At some point, I provided the contractor with my client’s info. My contractor then reached out to my client and then they worked-out new payment terms and a new schedule… Needless to say I wasn’t happy. I was furious actually. But since there was no agreement governing the interaction between my contractors and my clients I had only myself to blame.

So what did I do? Well I had a lawyer draft up an agreement for sub-contractor interactions on client services projects. I’ve since copied that agreement as a template into WP E-Signature and made a stand alone document out of it as well. Making a template makes it easy to create a new document easily so that you can edit it as necessary. Although, the Stand-Alone document is better if you have set terms you don’t need to change. I’ve recently on-boarded a pair of new contractors and having them read and signup has been easy.

You might be wondering what the fallout was from that interaction with my rogue contractor. Well, the contractor received only a small payment for his overall work and was otherwise stiffed. Lessons learned on all fronts there. Get it in writing. Always.

This next one is unusual. More times than not, if you’re a contractor then you’re probably just sending an invoice and getting paid via check or Paypal usually. One other way that I’ve been paid is via Direct Deposit. That’s pretty nice!

I’ve started providing my sub-contractors with options on how they’d prefer to receive payment. Most opt for standard invoicing. But I’ve had a few who prefer direct deposits. They don’t have to cash anything and they get paid when they expect to get paid. However, if you go this route, you do need an agreement in place that states your contractor allows you to make credits/debits into their banking account.

WP E-Signature can easily help with that. Again, using the Stand-Alone Document feature it’s pretty easy to create a form with the appropriate fields you’ll need in order to process direct deposits into your contractor’s accounts going forward.

With WP E-Signature, it makes a snap out of getting proper agreements put into place so you can focus on the things you do best. 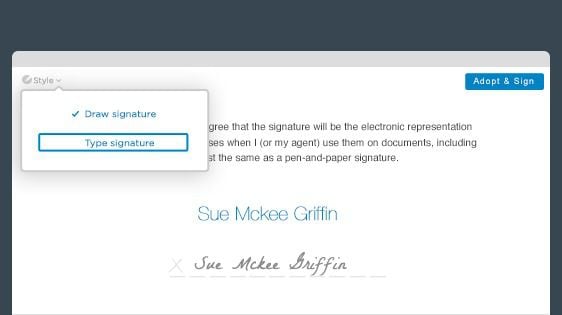 Type My Signature gets added to WordPress Contract plugin

Don’t be a jack of all trades… be a freelance superhero.

7 Powerful Ways to Get Your Blog Noticed as a Freelancer 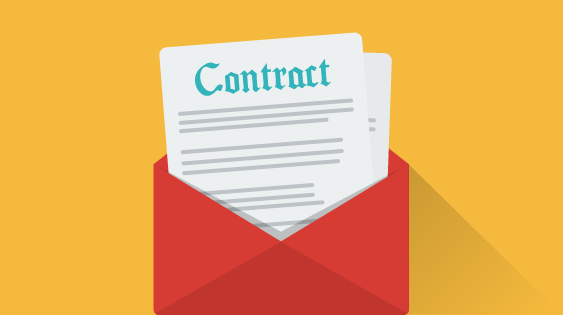 The Two Freelance Contracts Everybody Needs

We can talk business here, right? Right! So, in business, there's always an exchange. A good or service that has...