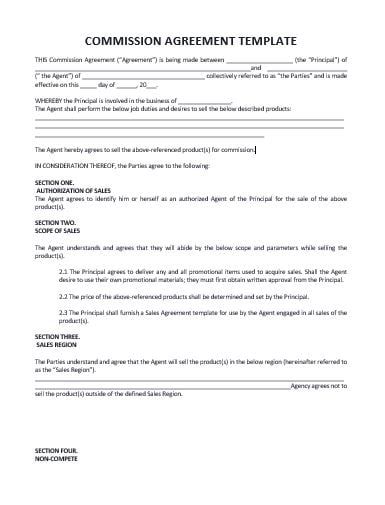 A commission agreement, or a commission sales agreement, is a legally binding contract used between two parties. The first party is generally referred to as the “principal,” and they have goods and services they are looking to sell. The second party is typically referred to as the “agent.” The principal hires the agent to sell such goods for a commission, which is a percentage or other agreed amount for the sale of each service or good. A commission agreement details the relationship between the principal and the agent.

Common Mistakes and Consequences of not using a Commission Agreement  A commission agreement is an important contract in business relations. Some common mistakes to watch out for include:

How to get your Commission Agreement Signed There are a couple of ways to get your commission agreement signed: in person or online. An electronic signature is legally binding and is one of the most convenient modes of signatures in today’s fast pace world. Adding ApproveMe’s software in your routine business practices simplifies the signing process and improves customer satisfaction while boosting your company’s success.   Additional Tools  Entrepreneurs face plenty of obstacles when starting up a new business. It can be puzzling when trying to figure out what software is best for your business. Keeping track of your company’s sales is a top priority. Here are a few helpful tools to keep you organized while tracking your company’s progress: Blitz Commissionly Zendesk Sell Pipeline Deals PipeDrive

how to write a sales commission agreement

No need to write a sales commission agreement on your own. You can download one free from Approveme.com. All you need is two things: an email address and a name. After you’ve entered these by clicking the ‘download contract’ button and submitting them in our form, you will be sent an email with the attached contract available for download.

what is commission agreement

A commission agreement is a contract between a company and an employee, where the employee agrees to perform specific tasks for the company in exchange for a predetermined percentage of the income generated through those tasks.
A commission agreement template free is most common with salespeople who are paid on commission.

how do commission sharing agreements work

Commission sharing agreements are an increasingly popular alternative to traditional salaries in the world of work. These agreements allow employees to take home a percentage of the commissions they generate for their company. As businesses increasingly rely on commission-based sales, this is an appealing offer for many workers who would otherwise be paid a salary with no chance of earning additional income.

What is a commission agreement?

A Commission Agreement is a type of document that outlines the terms and conditions that both parties have agreed to in regards to revenue or earnings from a certain project, service, venture, etc. It specifies how much the business will pay the contractor and what percentage of revenue will be allocated for payment. A Commission Sales Agreement template free should include all relevant details such as total cost of goods sold, monthly/yearly payments

What is a commission agreement in real estate?

What does commission mean in business?

For an employee in a commission-based position, they are compensated for their work based on the number of sales they've made. They are also incentivized to sell higher-priced items in order to earn more money. This is not the case for a salaried employee, where the amount of their pay is predetermined and doesn't change based on their performance or productivity. You can always check out our business referral commission agreement template for more information.

What sales commission is fair?

Every sales commission agreement needs to include the details about what types of sale are being incentivized, at what rate, and what type of commission will be paid.
The key to keeping commission agreements fair is to make sure that they are structured in a way that ensures that both parties get enough out of them. Having an established agreement will make sure that the expectations are set upfront, which will help avoid misunderstandings or confusion later on down the line.

What is a Sales Commission Agreement?

Who needs a Commission agreement?

A Commission Agreement is an arrangement between the client and the salesperson wherein the client pays a commission for completed work.
A commission agreement can help you to manage your business better, track your performance on a monthly basis, and build credibility among your clients.
A commission agreement is not essential for freelance workers who make onetime payments, but it is essential if you are an entrepreneur who will be doing jobs for multiple clients.
One of the most important aspects of a Commission Agreement is that it must be mutually agreed upon by both parties. You need to clearly communicate this with your clients that you are only working on their project if they sign this document.

How to write a Commission agreement

Approveme.com’s legal professionals have written a commission agreement for you! No need to worry about drafting up all the legal jargon, we’ve taken care of everything. Simply input your name and email, and we will send a service agreement directly to your email. Once downloaded, you can modify the content with your specific company information.

How do I use a Commission Agreement Template?

A commission agreement template is standard contract for two parties, an employee and employer, to agree on the terms of commission earned by the employee. The agreement usually specifies the percentage of commission that will be paid to the salesperson for each sale that they make for their employer.
An employee can create a custom template or download one from our site.

What must a Commission agreement have?

The Commission agreement should be clear and concise. It should state both parties’ obligations and rights under general law, as well as any additional agreements that they may have made between them. This includes any special terms that are not included in general law which apply to their agreement, such as confidentiality obligations relating to specific information shared by both parties.

What should I put in my Commission agreement?

Commission agreements should be clear and straight-forward. It should state the obligations and rights from general law, as well as any additional agreements that have been made between parties in the commission agreement. The terms in the agreement might also include any special conditions which apply to it. For instance, confidentiality obligations may apply depending on the information that has been shared by both parties.

How to make a simple Commission agreement template free

How long are Commission agreements good for?

Commission agreements can last indefinitely. The length of time will depend on the specific agreement, but the two parties should agree to an end date to avoid any confusion or misunderstanding.

What are some Commission agreement examples?

Where can I find a Commission Agreement Sample?

Approveme.com has got you covered! To get a commission agreement sample, you can select the Download Contract button and enter your name and email. Once you do so, you will be sent an email with your downloadable contract, so you can begin protecting your business! At any time, you can log into your account and re-download the contract for use.

Do you offer a sales commission agreement free template?

Approveme.com’s legal professionals have written a sales commission agreement free template for you! No need to worry about drafting up all the legal jargon, we’ve taken care of everything. Simply input your name and email, and we will send a service agreement directly to your email. Once downloaded, you can modify the content with your specific company information.

What is a introducer commission agreement template?

Introducer commission agreements allow a business to incentivize sales representatives by offering a commission for introducing new customers. This agreement can be specific to a product or service, or it can be general, incentivizing the sales representative each time they introduce a new customer. This template can also outline payment terms and conditions, as well as the company's termination policy.

If you liked this Commission Agreement Template,
you might also consider downloading these sample agreements 👇 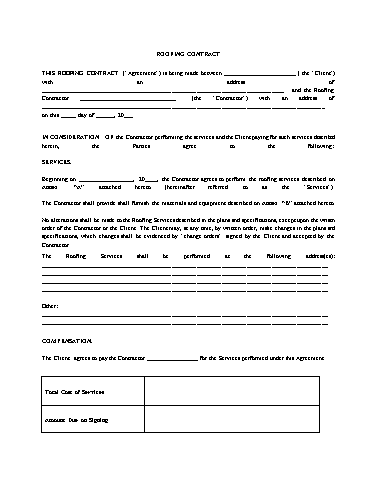 We've got free roofing contract template samples for your business as it scales up. Download our editable Word doc & PDF agreement today! 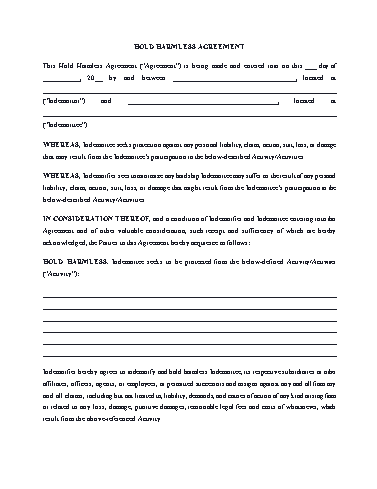 We've made free hold harmless agreement template pdf for you to use repeatedly as you grow your client base. Download our free sample contract today. 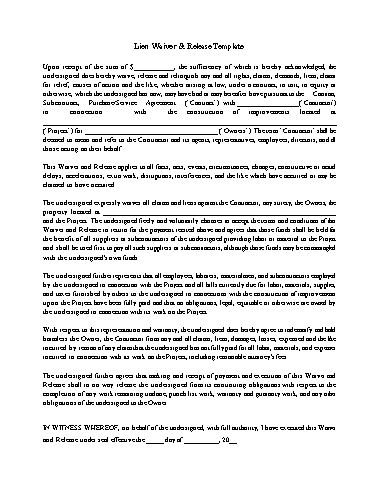 We've put together printable lien waiver pdf form for you to use to protect your assets. Download our free editable Word doc agreement today. 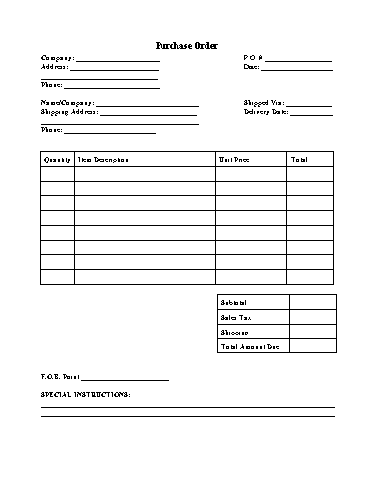 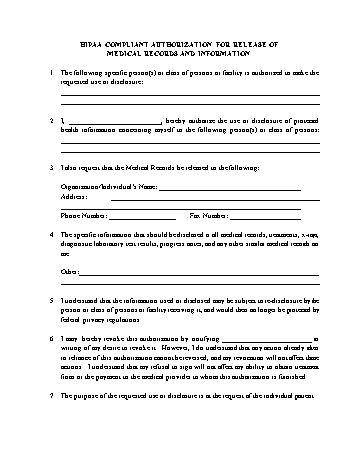 We've put together free hipaa compliance form pdf for employees for you to use to scale your business. Download our free Word & PDF contract today. 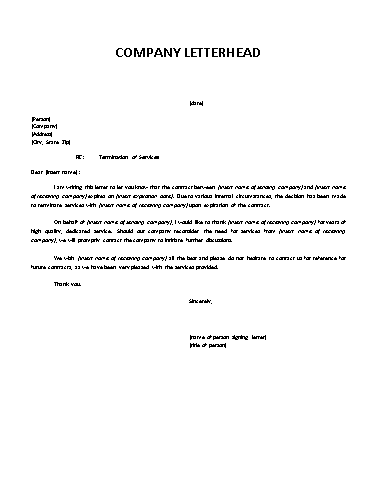 We've made sample termination of services letter template for you to cancel your contract terms. Download our free Word doc & PDF form today.