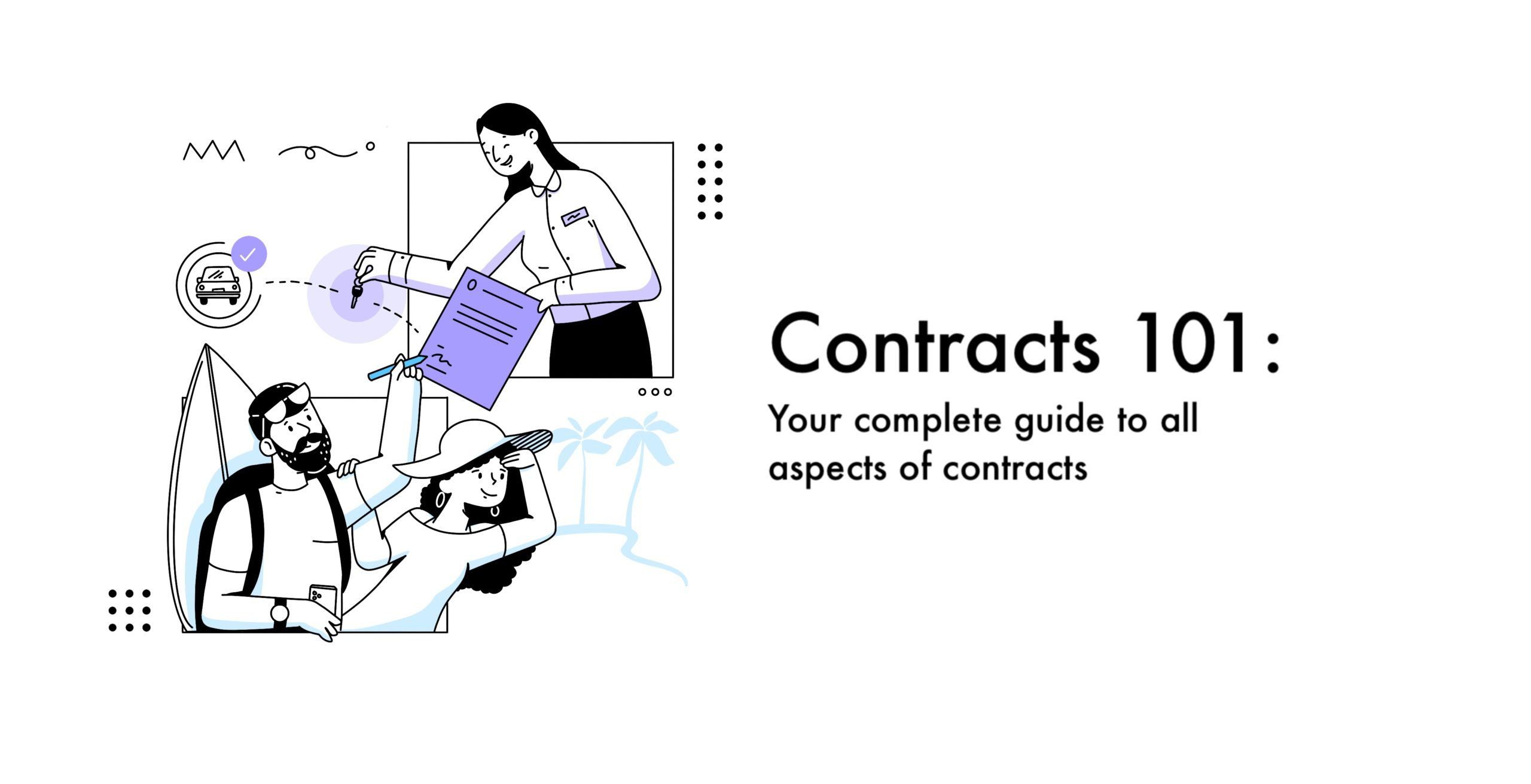 Your Complete Guide to Contracts

Contracts are the glue that hold our personal and business lives together.

So you’re interested in contracts? Before you go out in search of legal advice, or if you prefer the DIY approach on things, ApproveMe here to guide you through everything contract related. To help you understand the ins and outs, negotiate them, sign and manage them, and hopefully save your business money on legal services down the road.

Contracts are the glue that holds our personal and business lives together. Contracts are essential because they infiltrate almost every aspect of our daily lives. Most of us have a common-sense concept of what a contract is. It represents an exchange of one thing for another. For example, if you rent an apartment, you more than likely signed a lease. A lease is a contract. The plan you have with your cell phone company is a contract. However, not all contracts are legally binding.

What is a Contract?

A Contract is an Enforceable Promise

Let’s eliminate the legal jargon. The law basically provides a remedy if one of the parties to the contract breaches their duty to perform under the contract. However, in order for a contract to hold up, it must be enforceable. Think of it like this; contract law is the law of enforceable promises.

A contract is simply an exchange relationship that is established by a written or oral agreement. The agreement is between two or more people, and it contains at least one promise. A contract must answer questions like who, what, when, where, and why.

Let’s break it down even further:

What are the Elements of a Contract?

The following elements must be met to have an enforceable and legally binding contract. Without all of the elements, the contract may be considered void (“no good”), which is just like not having a contract in the first place.

A contract should be detailed and thorough. A well-drafted contract ensures both parties are on the same page when it comes to the duties and responsibilities of the parties to perform a service or deliver certain goods. The purpose, or the subject of the contract, should be clear and understood by both parties. This is typically referred to as the “meeting of the minds.”

Contracts can be written (express), implied, or oral. Oral contracts may be upheld, but to be on the safe side, contracts should be written. Verbal contracts are risky because they are difficult to prove and create confusion between the parties.

There are other situations when a written contract is necessary. For example, when leasing an apartment, you agree to pay a certain amount of rent each month over a specific amount of time. A few other examples of written contracts include:

The Importance of a Written Contract

Written contracts act as preventive care. Written contracts also supersede or replace any prior conversations, such as “this is how we have always done it.” A contract must be signed before the parties start performing the obligations under the contract.

Written contracts demonstrate the clarity of the parties’ obligations and promises. It eliminates confusion, and if one party chooses to file a lawsuit to enforce a contract, it can be challenging to show the terms if they are not written. Money is also an essential factor in written agreements. It is risky to enter into an oral contract, especially when there is a great deal of money at stake.

Enforceability of a Contract

It is critical to have an enforceable contract so that you are protected in the event of a breach. A breach is when a party to the contract fails to fulfill their obligation as agreed to in the contract. If the party does breach the contract, the other party can pursue legal action to enforce the contract. However, a breach must be material to meet the standards required in a lawsuit or give rise to damages.

When a party does not complete its contractual obligation, it is referred to as an actual breach. If a party verbalizes or states they will not perform under the contract, it is referred to as an anticipatory breach. It is important to understand that just because one party breaches the contract, it does not mean the other should too. It is critical to consult with an attorney before deciding to breach your end of a contract even if the other party breached first.

Conversely, a contract may be unenforceable if one or more of the parties lacks the required capacity to enter into a contract. This may include minors, mentally ill, intoxicated persons, or duress). Additionally, a contract is not enforceable if it contains an illegal subject. Contracts involving the commission of crimes (gambling) or any other purpose for violating the law or public policy will not be enforced. A contract may not be enforceable if it is “unconscionable,” meaning it is so extreme and unreasonable that any rational person would accept it.

The law provides three main remedies for a breach of contract:

Other Names for a Contract

A document may not be specifically referred to as a contract, but the document by any other name is still considered a contract. Here are a few examples that have a different title, but are still contracts:

Contracts can be found when applying for a job, running a small business, buying a car, renting a home, and much more. All and all, contracts are everywhere and an integral part of our everyday life. Contracts are legally binding and set the ground rules of an agreement. The importance of a contract cannot be overstated; they make it easier to work out any issues on the front end rather than leaving concerns unaddressed, jeopardizing a future breach, or risking litigation.

Contracts are not enforceable until they are signed. The parties should review all of the terms in the contract and mutually agree before signing. Drafting an agreement may seem overwhelming, but it helps to sit down and write it out to be sure you do not leave anything out.

ApproveMe’s templates provide a universal and easy to follow guide to help you get started, allowing you to customize your own contract whether it is a freelancer agreement, partnership agreement, or construction contract. The possibilities are endless. Again, contracts are not enforceable until all of the parties named in the agreement have signed. Electronic signatures are legally binding, and ApproveMe helps streamline the signature process.